FRAMENCE Roadshow – Creating the Digital Twin in a Few Steps

You are here:
Events 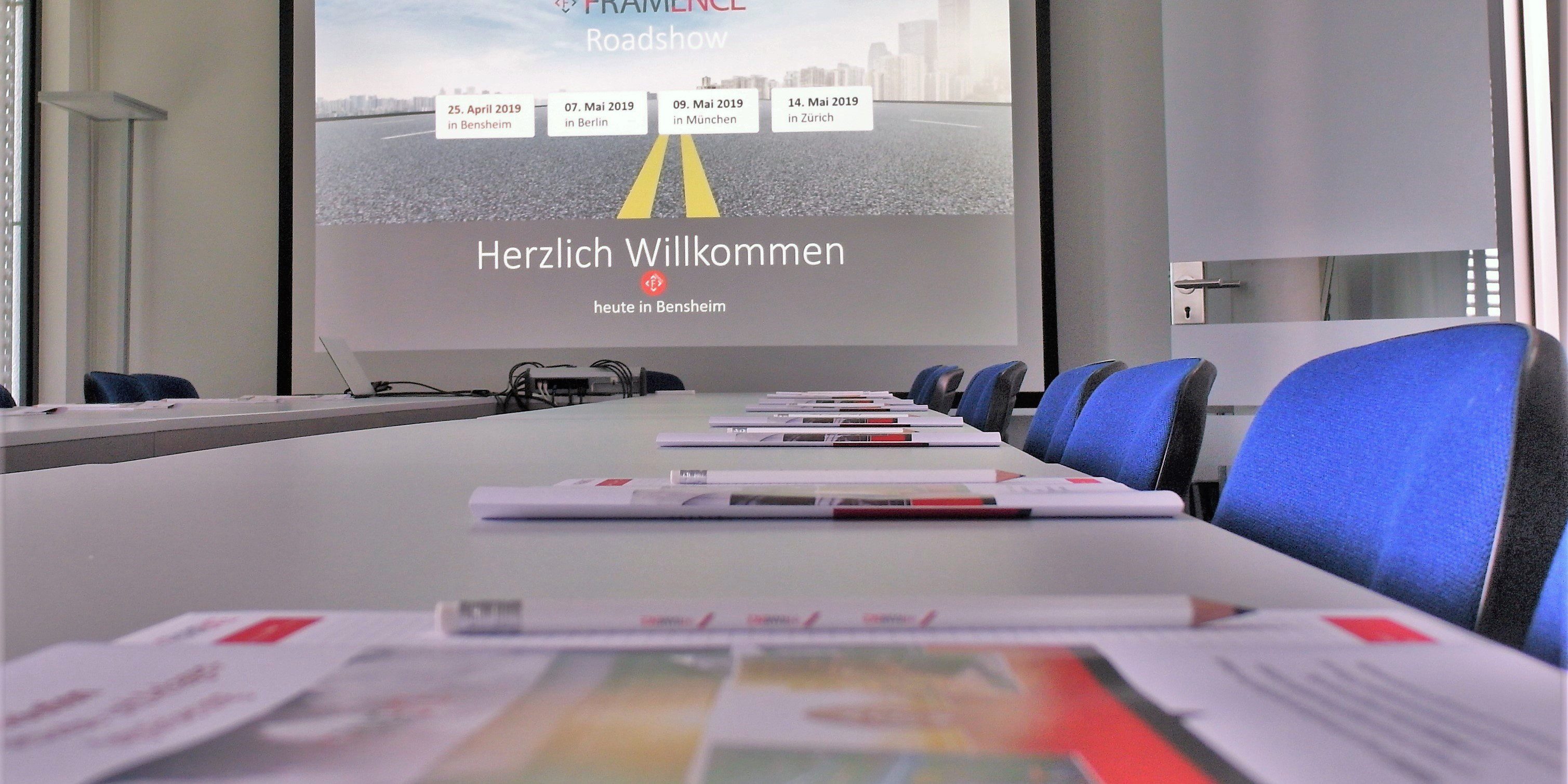 On 25 April 2019, the first FRAMENCE roadshow took place in Bensheim, Germany, where the company introduced its latest software for creating photorealistic digital twins of buildings and facilities. Attendants were amazed by the efficiency of the method when it was demonstrated how fast the digitalisation takes place with FRAMENCE and how user-friendly the hybrid model is.

Peter Merkel, CEO and founder of FRAMENCE, opened the first roadshow in Bensheim and explained how he invented a revolutionary new method for creating digital models after years of developing CAD systems and graphic-based CAFM systems. His new method does not only supersede laser scanners, but it also questions the relevance of 3D models in the digitalisation of buildings and facilities in general.

In fact, creating a good and complete 3D model takes a lot of effort and is cost-intensive, even today. Usually, expensive laser scanners are needed for creating point clouds, which do not offer a lot of information and which are hard to process. The revolutionary approach by FRAMENCE, which is based on photogrammetry, makes it possible to work with the whole variety of data that pictures contain and does not require any point clouds. Mr Merkel explained further that — thanks to FRAMENCE — only a few panoramic pictures must be taken of areas that are supposed to be documented in order that the software can stitch these pictures to spherical panoramas and then link and align them to a digital model. The resulting model, which acts like a real 3D model and which also contains 3D information, is easy to process due to its size. Hence, the FRAMNECE method does not only obviate the use of laser scanners for digitalising buildings and facilities but also real 3D models while being highly cost-effective.

One room captured in only a few minutes

The process of capturing is very easy since even untrained personnel can take the necessary panoramic pictures with a standard digital camera and a fish-eye lens after a short briefing. Our roadshow guests were particularly amazed by how quickly the pictures can be taken and that the panoramas can easily be made from 100 m on a construction site, for example. Depending on how the area is laid out, it takes only a few minutes to capture one room. Moreover, FRAMENCE equalises any distortions that are caused by an uneven ground on a construction site, for example, which saves a lot of time since there is no need for a horizontal alignment of the camera. It is only necessary to capture relevant points, so-called points of interest, on at least two different pictures in order that the software can automatically locate them in the model.

After illustrating the technical details, Mr Merkel handed over to his son Adrian Merkel, the second CEO of the family-owned software business. Adrian Merkel gave a live demonstration in which he showed how to work in the digital model and how easy it is to handle. Working in the photorealistic environment proved to be intuitive and Mr Merkel demonstrated on request how quickly one can create a 3D object. He marked the control unit of the air condition in the model and received a 3D object in only a few steps and added information with the help of the asset management system. Furthermore, it was demonstrated how to access live data that can be embedded into the model. Real time data of an air condition, for example, or even the live picture of a surveillance camera in the room can be displayed in the model. Moreover, Adrian Merkel assured that certain areas in which staff can be seen or other sensitive picture frames can be blurred out.

During the demonstration, it was also mentioned in which ways the hybrid model can be used. For instance, the FRAMENCE model is ideal for documenting construction progresses due to the inexpensive procedure of capturing. With the help of the time slider, the construction progress can be viewed, and in case BIM and 2D maps were implemented, the construction plan can be compared against the actual condition of the building or facility. Therefore, it can be noticed straight away if a pipe is not in the right place or if a wall does not have the exact height. This is made possible by the high accuracy of the method. Since documentation cycles can be short, thanks to the fast capturing process, which is a great advantage because construction sites can change significantly within a few hours, buildings and facilities can be documented consistently with FRAMENCE over time. Accordingly, this method is suited for documenting lifecycles but also for simple walk-throughs as well as for asset management. No matter for what purpose the digital model is used, thanks to FRAMENCE you quickly receive a groundwork of data that is important for building and facility operations.

FRAMENCE on premise or as SaaS

Towards the end of the event, it was explained that FRAMENCE software can be installed in your own data centre or that it can also be used as an SaaS. Moreover, it can be used independently or in speedikon® C, an IT platform by our partner, as soon as version 5.2 is released. You also have the option to choose between three different modules depending on your individual requirements.

The FRAMENCE roadshow kick-off in Bensheim was a great success and our team is happy to welcome you if you plan to join our next events. Do not miss our upcoming roadshows in Berlin (7 May), Munich (9 May) and Zurich (14 May). Please sign up for our free events via our forms.